The logo design is a modern adaptation of the existing coat of arms, containing a simplified version of the sun, maintaining its shape and colour. The City motto is equal to the Coat of Arms: “Flourish under the sun”

Along with the updated logo, 4 colours have been selected to further strengthen the branding of the City of Merritt:

The arms were officially granted on February 15, 2005.

Green and gold are the city colours, representing the verdant Nicola Valley and sunlight. The sun is a dominant feature of the valley: a symbol of power, splendour and justice, and a reference to the sun in the arms of British Columbia. Green also represents growth and hope.

The wreath consists of the floral symbols of Canada and British Columbia, maple leaves and dogwood flowers.

The coyote and lynx are local animals. In some native cultures, the coyote is portrayed as the creator of earth and humans. The lynx is traditionally emblematic of keen vision. The compartment represents the Nicola Valley and the nearby mountains.

The motto makes a reference to the sun on the shield. 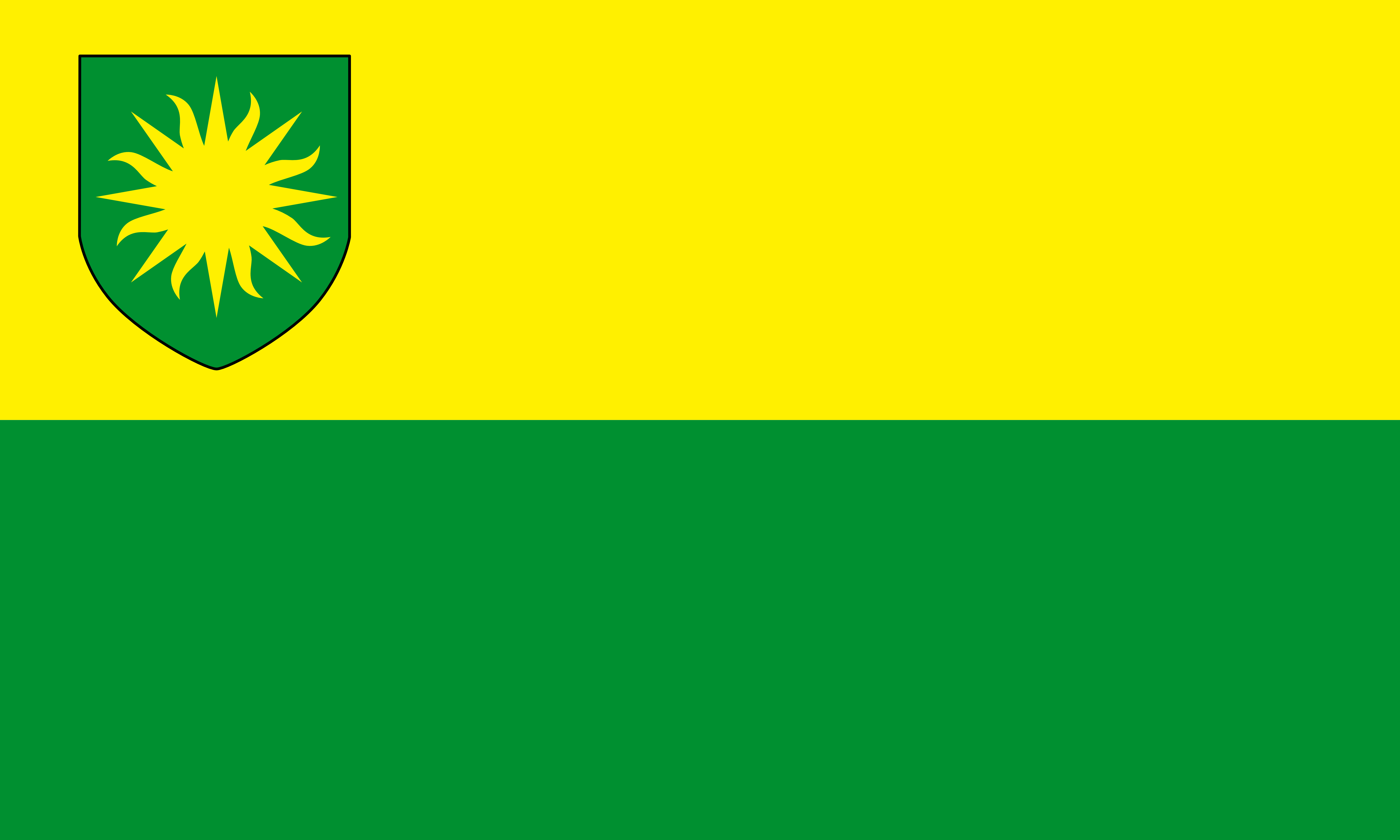 The City flag is two horizontal stripes, equal in width, green on the botton and yellow on top. The canton is charged with the Coat of Arms of the City. The flag was adopted April 10, 1984.